Ashley Lucas, professor at the School of Music, Theatre, and Dance, describes her personal experience with storytelling, especially as it relates to prison justice. Find out more here 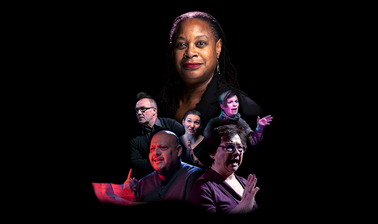 More from Democracy and Debate

Deeper dives on this topic